YouthInsight has begun tracking young Australians’ understanding and sentiment towards the COVID-19 situation through the online survey methodology. This most recent survey collected data from more than 500 young people across Australia in July (during Stage 3 restrictions in Victoria).

The objective of the research was to gain an understanding of the precautions being undertaken by young people, as well as their concerns. The first part of this survey asked young people to separate the facts from the myths of COVID-19, as well as to measure how well the messages from news organisations and the government are gaining traction. The second part of this survey attempts to understand how the constant news coverage and shifting situation is affecting youth wellbeing. We also endeavoured to find out how young people would cope with remote learning, and whether or not they believed themselves to be facing an uncertain employment future (for instance, if their current casual hours of employment had been cut in the past fortnight). The first wave of this study was conducted between Wednesday 18 March and Sunday 22 March and the second wave was conducted between Tuesday 7 April and Wednesday 15 April. The third wave was conducted between Monday 11 May and Sunday 24 May. The fourth wave was conducted between Friday 24 July and Friday 31 July. New questions have been added with each additional wave. 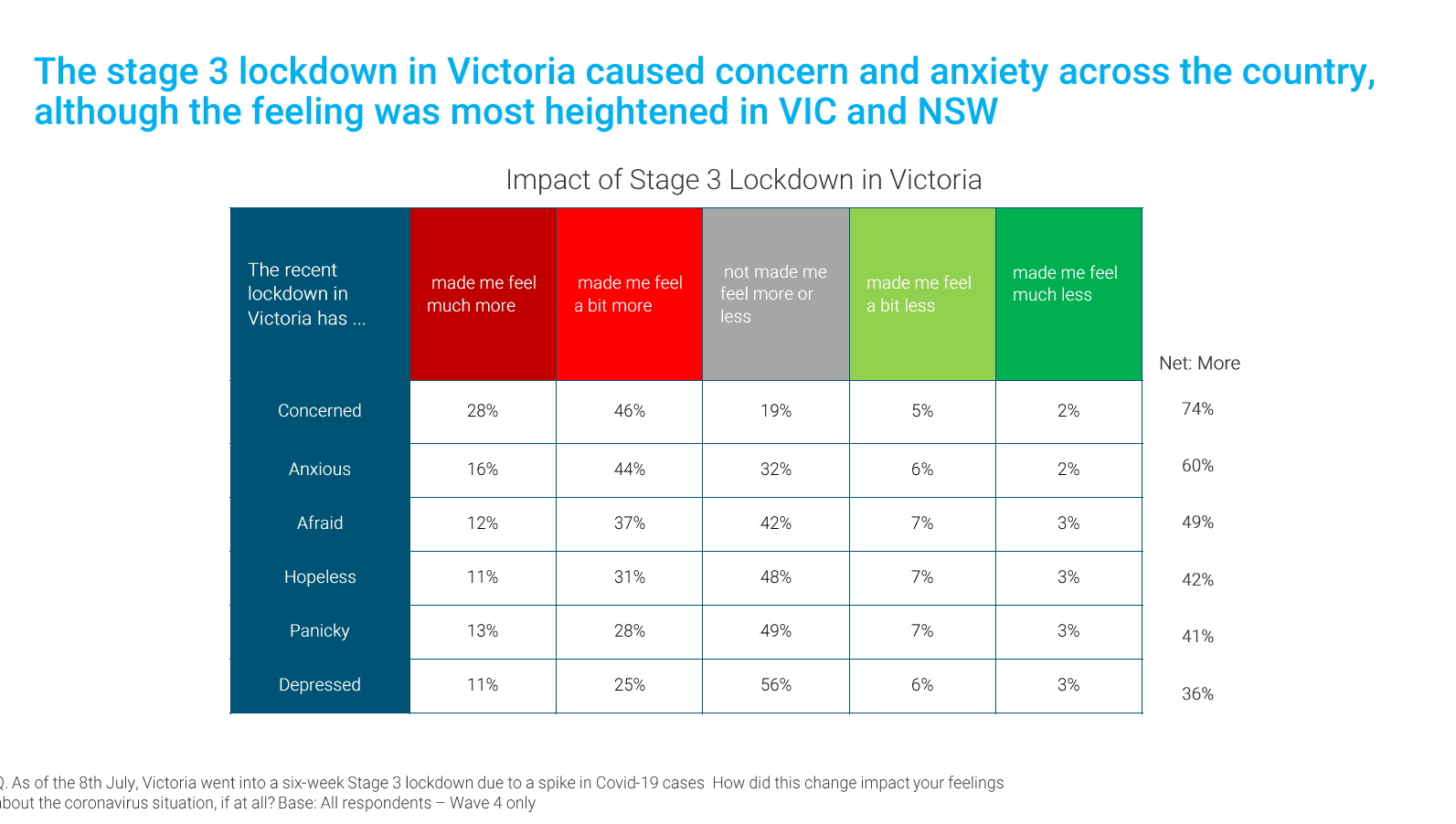 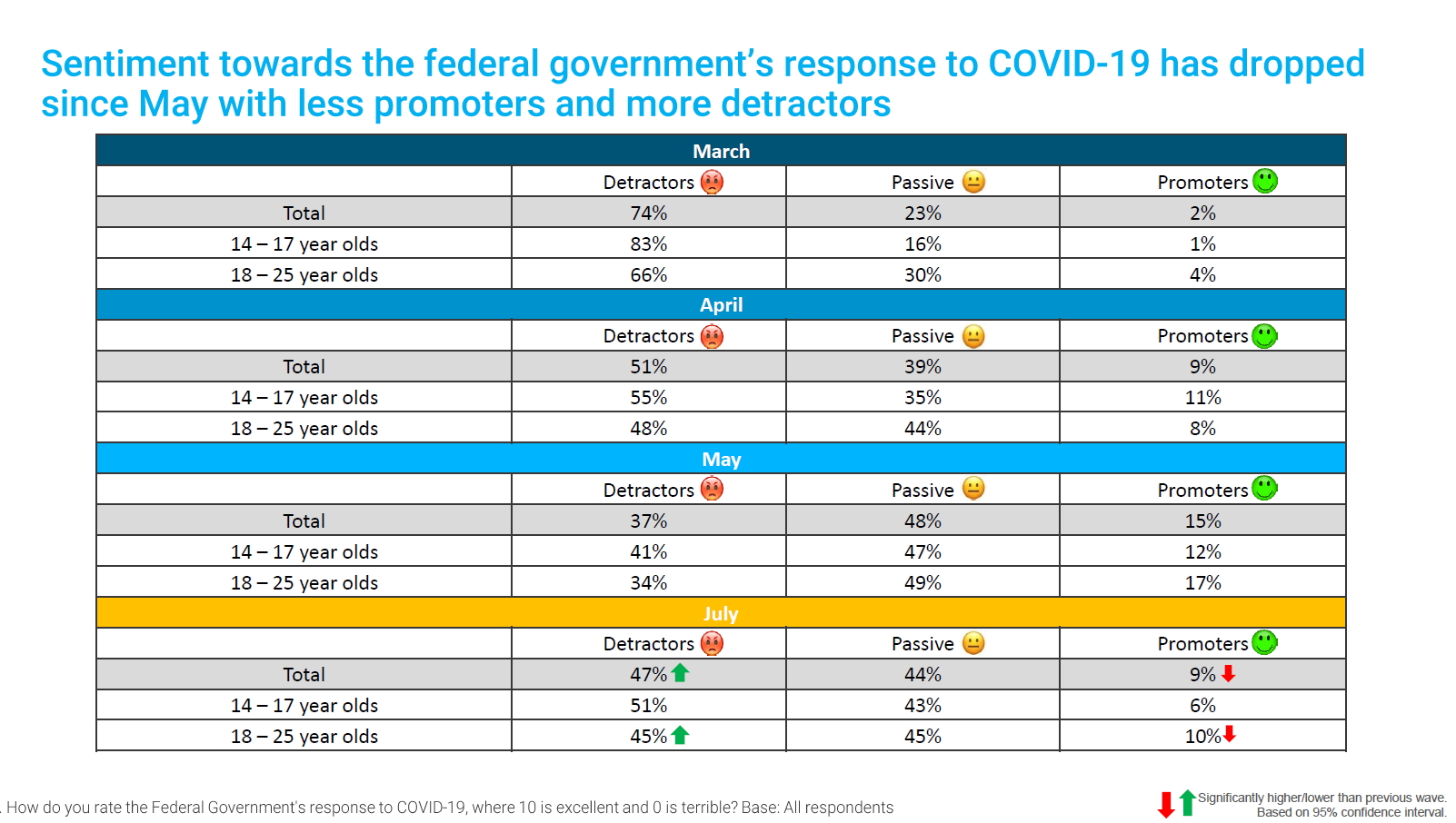 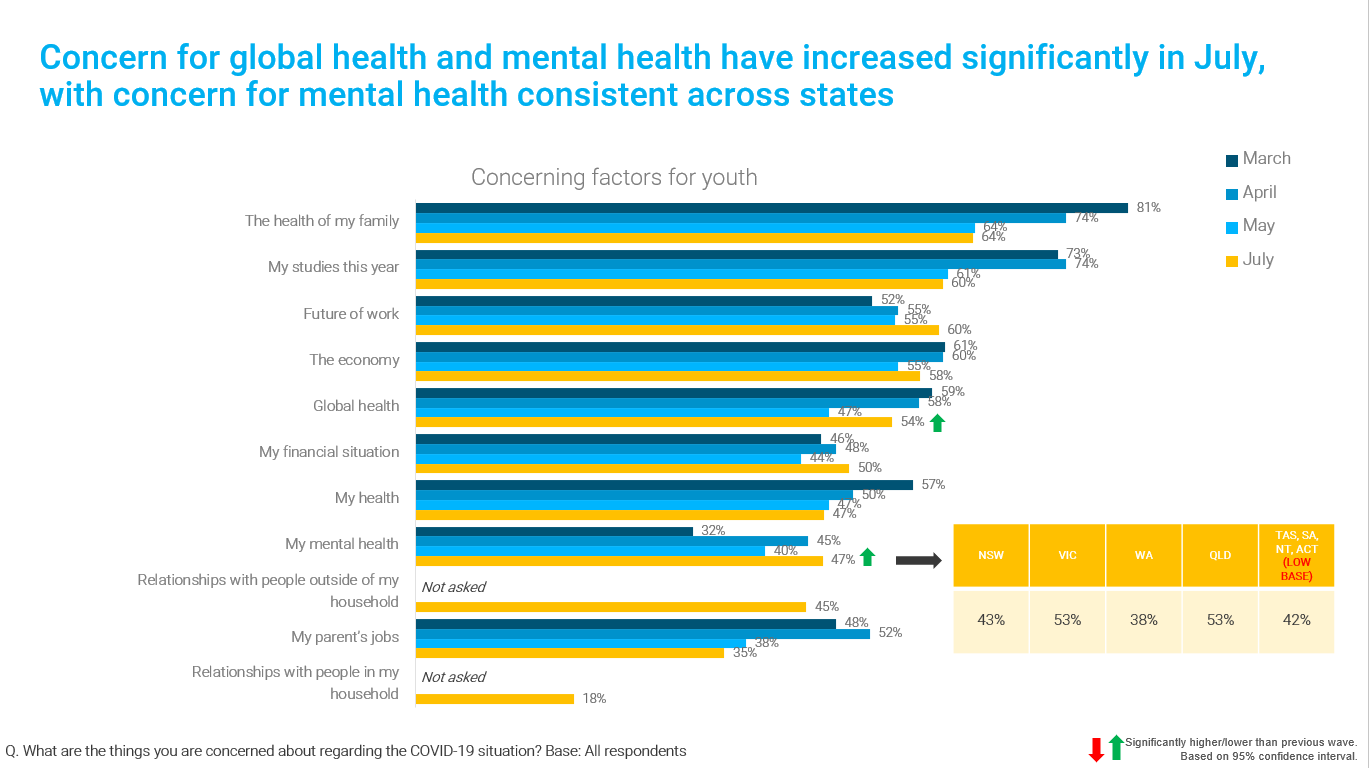 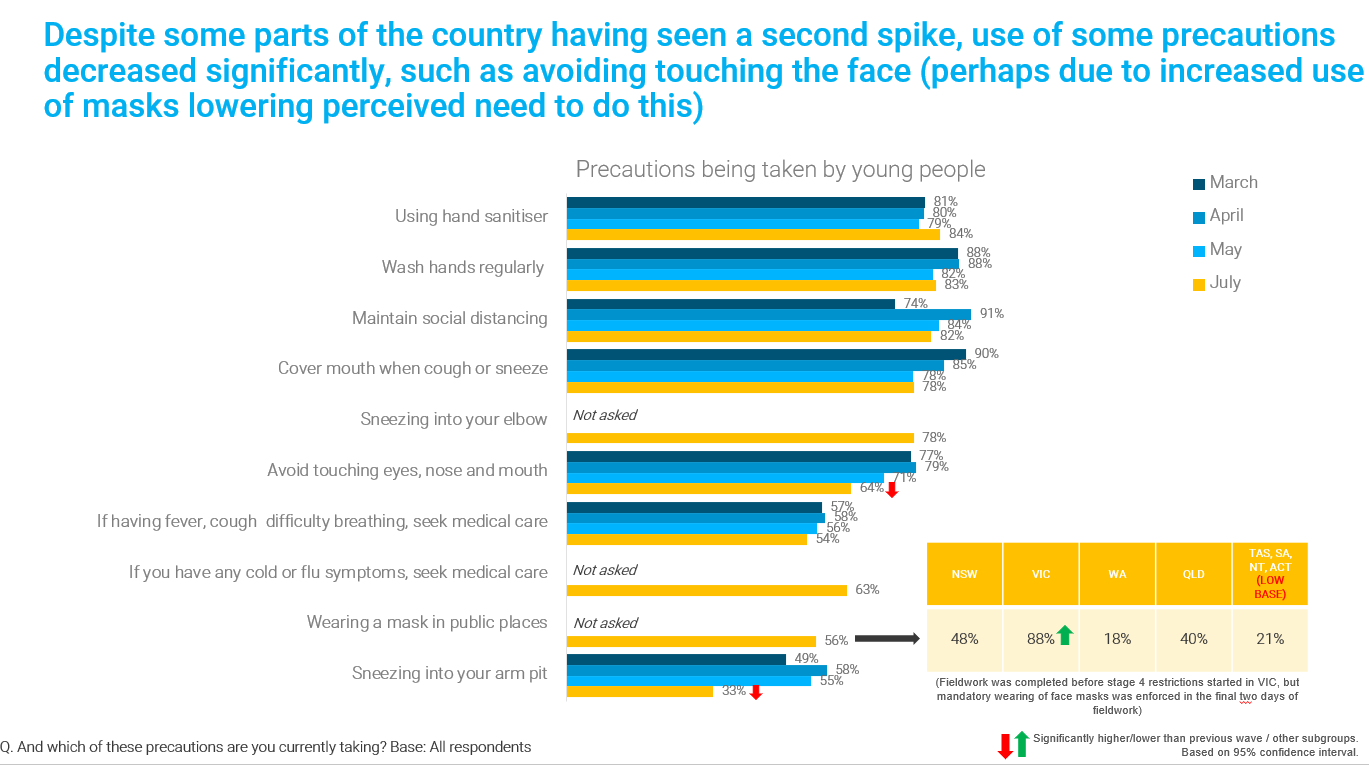 Pictured are just a few nuggets from the results. Follow the link below to see more.

Please fill out your details

Fill out the form to receive the full COVID-19 (Coronavirus) Youth Understanding and Sentiment (Wave 4) report.

Thank you for your interest!